Man who allegedly buried his wife under his shack

Sing like no one’s listening, love like you’ve never been hurt, dance like nobody’s watching, and live like it’s heaven on earth. Here are the joys and sorrows of life,let's spend the time together.

Polokwane – A 32-year-old man is due to appear in the Giyani Magistrate’s Court on Monday following his arrest in connection with the murder of his 53-year-old wife.

Her body was found buried in a shallow grave inside their shack at Nwadzekudzeku village in the Giyani policing area, the South African Police Service (SAPS) in Limpopo said.

Neighbours noticed that the house was very quiet on Wednesday 6 January and decided to investigate the next day, when the looked through the window they saw bloodstains.

After forcing their way into the shack after there was no answer they discovered a shallow grave and immediately called the police. 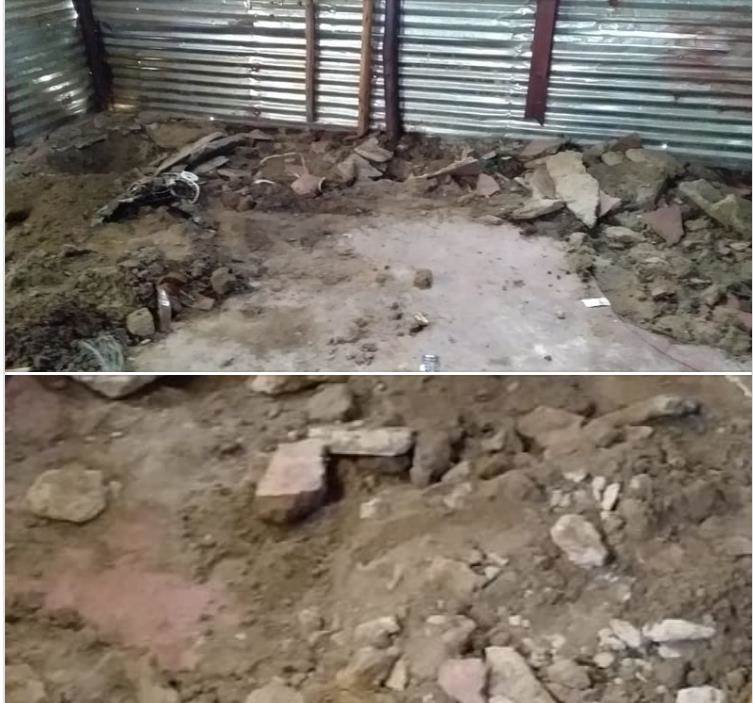 "This after the couple was allegedly heard arguing the previous evening at around 21:30," Limpopo SAPS spokesperson Brigadier Motlafela Mojapelo said in a statement on Saturday.

"On Thursday morning (January 7), they then decided to check what was going on and on entering the premises, traces of bloodstains were allegedly seen through the window of the house.

“Some of community members were met by (an) unpleasant smell coming from a shack that has been erected in front of the house.

“They then decided to forcefully open the door of the shack after their calls went unanswered and discovered the shallow grave," Mojapelo said.

Police were immediately called to the scene and the body of a 53-year-old woman was exhumed from the shallow grave that had been dug inside the shack. A manhunt was launched and the suspect was arrested on Friday afternoon.

The deceased was reportedly from Kwamashu in KwaZulu-Natal and her identity could not be divulged as her family was still being traced. The motive for the murder was unknown at this stage but domestic violence could not be ruled out, Mojapelo said.

Limpopo police commissioner Lieutenant-General Nneke Ledwaba strongly condemned the incident as "one of the horrendous crimes perpetrated against women".

“The arrest of this suspect and the actions that were taken by the local residents are commendable and should send a clear message that perpetrators of gender-based violence and femicide will not have any place to hide.

Users reacted to the grizzly news from the police.

Another commented this event:"Sometimes I wonder if there are still humanity left in NPA if this criminal applied for bail they will not oppose it."

This is a heart-breaking story. May the poor woman's soul rest in peace. Welcome leave your comment belowing!

Thanks for reading our story! Keep smiling, because life is a beautiful thing and there’s so much to smile about. If you’re in need of motivation and inspiration, If you'd like to see more wonderful moments,please like our page,you will see our information the first time.