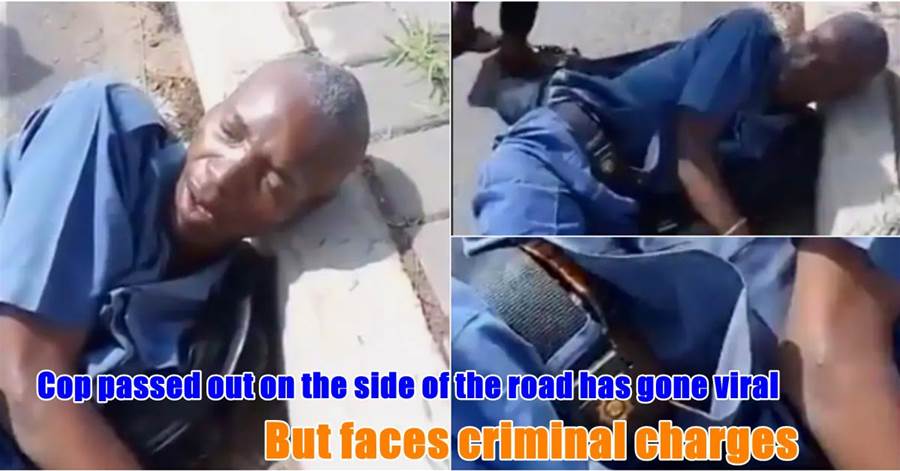 Cop passed out on the side of the road has gone viral, but faces criminal charges

A clip of an allegedly intoxicated South African Police Service officer passed out on the side of the road has gone viral.

The South African Police Service officer suspected drunkness amid a liquor ban. He struggled to speak and even stood trying to protect himself from criticism.

The authorities have confirmed that a criminal case has been opened against one of their own. 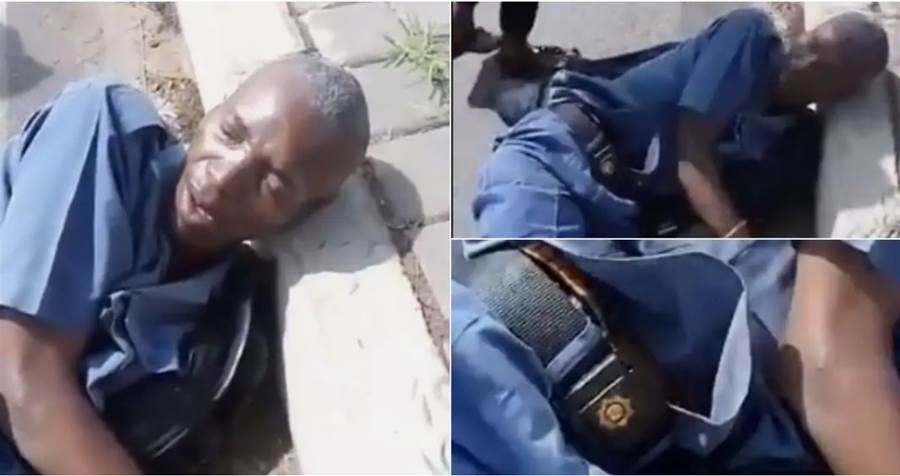 The officer is now facing criminal charges over the incident.

The man was accused of being drunk in a public place while wearing a police uniform after a video went viral online.

In the video, one of the people who gathered around the allegedly drunk officer claimed that he was sleeping "right in front of the police station."

Another video shows the officer now conscious and sitting behind a bench in a public place, trying to speak.Then he falls over.

Authorities say the officer, who was stationed in Randfontein, was found off-duty on Friday.

Gauteng police spokesman Massapelo Peters said an internal investigation was under way to look into the man's "inappropriate behavior" :

“The regrettable incident happened near Toekomsrus satellite police station and police were alerted by members of the public."

Provincial police chief Lieutenant-General Elias Mawela also took note, condemning the action as not only incorrect but also "shameful" and "undermining the image".

“And this during a time when the organisation is working hard to restore public confidence and trust in the service. A criminal case has also been opened against the member and he has been charged with being drunk in public in police uniform, and subsequently released on a J534, admission of guilt, fine."

Thanks for reading! How do you think of this Police Service officer?  Welcome leave your comment belowing! Please SHARE this news to your friends